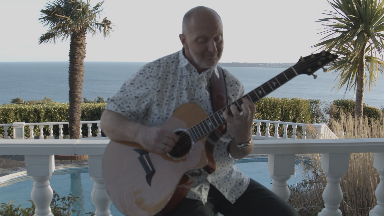 Kevin is a composer who writes for solo acoustic guitar, strings, orchestra and piano. Some of Kevin’s compositions have recently been signed to Universal Music (Volta Library/Production Music) for film & television with orchestral recordings (see video below)

As a fingerstyle guitarist, Kevin performs at various roots/guitar clubs and festivals including two sell out shows at the Edinburgh Fringe Festival where he launched his debut album The Wine List. In 2022 Kevin launches his 2nd album The Balladeer at the European Fingerstyle Festival in partnership with FretMonkey Europe & Candy Rat Records (home to some of the world’s top fingerstyle guitarists) 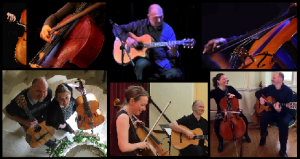