Kevin devotes his composition and performance time between being a solo fingerstyle acoustic guitarist, performances with The CelloTones and composing production/library music for guitar, strings, piano and orchestra. Kevin recently signed a publishing contract with Universal Music for a collaborative album project (with composer Paul Reeves) in which Kevin composed and scored some of the album with Paul and some pieces individually. The album was recorded by an orchestra in Budapest and released in October 2021.

How did it all start? Well a soldier in the US armed forces returning home from a UK base asked a family friend if they knew someone who would appreciate having his Dallas 12 string guitar. That gift started a dream and a music career for Kevin spanning four decades. 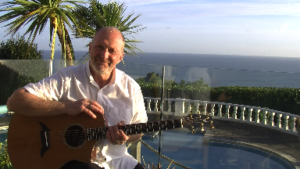 Kevin lives in Torquay (Devon) from where he has toured as a solo guitarist and in various duo’s and bands.

Off stage, in 1994 Kevin established his own music instrument shop, recording studio and guitar college which became the Academy of Music & Sound (AMS).  MUSE  did some of their first recordings at Kevin’s studio which essentially kick-started their success! Kevin grew AMS to become one of the largest independent national networks of specialist popular music and music production colleges in the UK offering popular music degrees (including a BA Hons and Masters Degree) through a partnership with the London College of Music (University of West London). With his business partner Shaun Baxter (jazz metal guitar virtuoso), Kevin developed and launched AMSonline which has now become the UK’s market leader for professional musicians fast-tracking onto a supported distance learning music degree with students from across the world online. In 2019, Kevin celebrated 25 years in music education with students across the UK putting on celebration gigs. In Sept 2022, Kevin sold his shares in AMS to a great team of employees as the UK’s first music & education industry Employee Ownership Trust. Kevin is a founder director for Creative Music Hub CIC (a not-for-profit organising helping Such West of England artistes, bands and singer/songwriters achieve their career aspirations), Circadian Music Group Ltd and Daylight Music Productions Ltd, an award winning creative industries company.. 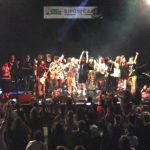 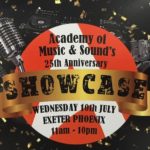 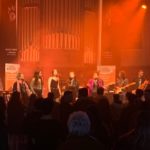 Kevin has been a columnist for ‘Acoustic Magazine’ publishing his original compositions and acoustic guitar transcriptions.